If it’s the second weekend in February it’s the Greek festival at Saint Demetrios! It’s such an exciting event but there’s a tremendous amount of work involved.  I thought I’d bring you a “behind the scene” peek-see look.  All weekend the kitchen is slammed with people rushing in and out carrying scalding hot trays of succulent lamb shanks or pulling out of the many ovens trays of tender Greek chicken.

The amount of food that comes out of that kitchen is astounding!  On the other side of the kitchen counter is the baked goods area in the capable hands of our ladies group, Philoptochos.  In the days prior to the festival these ladies have mixed and rolled out cookies that only scream “homemade”!!  Hundreds of snowy white Kourabiedes are stacked waiting for a happy home.

A fellow Greek school classmate of mine baked 8 cakes from scratch for the festival!  No one asked her to.  But that’s the spirit of our volunteers at St. Demetrios.  That was Mary’s way of doing her part.

The list of Greek sweets is almost but not quite endless!

The Greek festival is where you see family members savoring time with each other.  Mom will keep a watchful eye on the children who dance while Dad might help out in the Gyro or Souvlaki booth.

And what goes perfectly with a Frappe, the Greek equivalent of iced coffee?  Loukoumades!  Soft, round nuggets of dough dropped into vats of boiling oil and fried to golden perfection.  And being Greek you HAVE to gild the lily!  The hot balls are quickly tossed in a honey syrup, then strewn with chopped walnuts and finished with cinnamon.  It’s truly a bowl straight from heaven!

The music plays joyously from speakers well-placed under the tents urging a quick dance with a friend and then a longer drink to catch up.  The kids who dance with the church have been together sometimes since they were toddlers!!  They love to dance, in costume and out, at parties and celebrations.

All the kids take pride in their costumes, most handmade in Greece, all have meaning.  Ask any one of these kids where their costume’s from and is there any significance to the braiding, the coins or the pleats and they will give a quick lesson.  But in costume or out they truly love dance.

It’s just terrific.  The friendships are lifelong and many of the young people you see come back from college on their own to help out at Festival.  It’s what we do.

Dinner’s on and the lamb shanks at St. Demetrios festival are legendary.  The size of a caveman’s club, this is one succulent, fall-off-the-bone tender feast.  Served with Greek orzo, Krytharaki, and a Greek salad you’ll be begging for mercy.

There’s spinach pie, Spanakopita and cheese pie, Tyropita.  We have Moussaka, Gyros and Loukaniko, that exquisite Greek sausage flavored with orange peel, flambeed in Metaxa, Greek brandy and served on warm, soft pita bread.  We have a Greek market with gorgeous Greek olives and Greek cheeses that are like nothing you’ve ever had before.

There’s really something for everyone.  There’s plenty of room to spread out.  Pick up a bottle of wine or couple of Mythos beers, 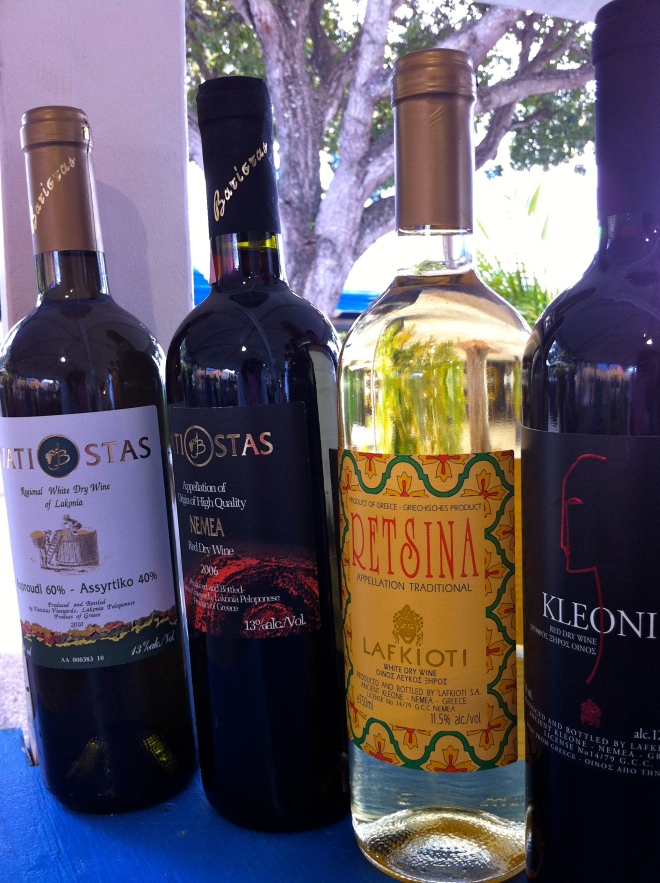 gather your parea, your group of friends

and spend a day or two with us as if on an island in Greece. Yassas!