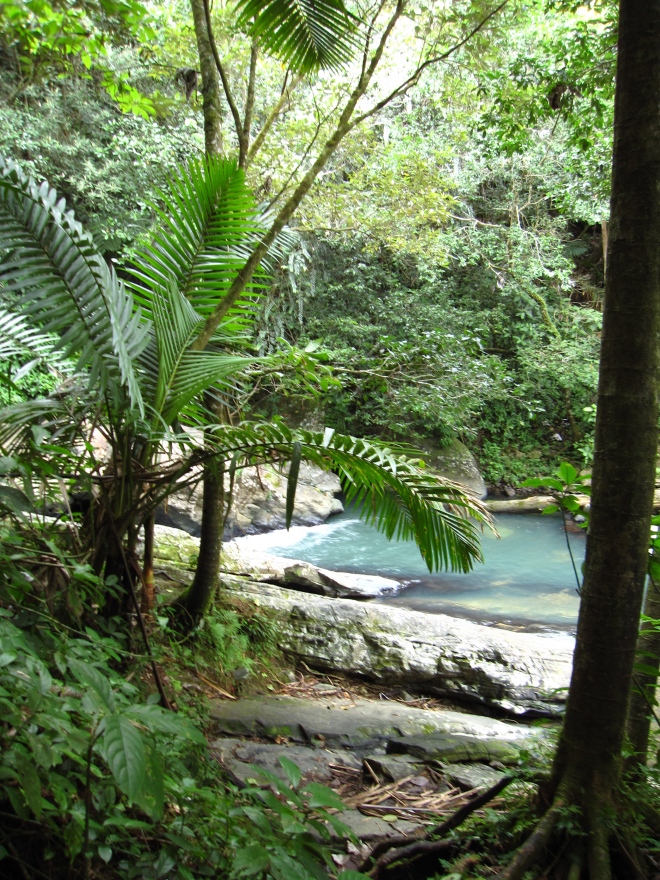 When I flew down to Puerto Rico 30…35 years ago to begin work with Delta Airlines nothing prepared me for the level of partying that took place on that island.  The island celebrates a good 26, 26!, holidays.  Both January and July have 4 public holidays!  Sure, I had spent months, whole summers, vacationing with our grandparents and making the rounds to visit all the extended family members during the holidays.  But as a child and even as a young adult, one has no idea the degree of seriousness taken to make merry until one is wholly independent.  There were scads of Lopez family parties.  All-day pig roasts were pretty common place at my Tio Enrique’s mountain farm.  Being girls my sisters, cousins and I were not privy to the surreptitious sipping of rum my male cousins and uncles enjoyed while overseeing the roasting of the pig on a spit.  Even the farm hand whose job was to stand all day and turn the spit enjoyed the fruit of the cane.  Whenever our grandfather or any of our uncles would wander up to the house they were always so relaxed and happy… there’s a big surprise.  So, after college, when I moved to Puerto Rico I completely embraced this new lifestyle of “party down”.  My friends were the kids who had also been hired by Delta; all 12 local except me.  We were known as “the Dirty Dozen”.

Training had been incredibly rigorous and demanding.  We were often and regularly tested on airline and Delta standards and it was made perfectly clear we would not be hired if we failed.  I remember one woman crying and saying she couldn’t make it…it was too hard.  I tried to get across to her it was just a matter of memorization.  To have been hired by Delta was quite an achievement at that time.  Literally hundreds of people had applied for our 13 positions in reservations.  She quit.  Right in the middle of our six-week training.  Her name was Sonia.  I’ll never forget.  Anyway, when the weekend or any holiday rolled around we were ready.  We became really close, the 12 of us, and spent free time together.  We had parties in clubs, in each other’s homes, at the beach, really anywhere we could.  We’d dance the night away and sip on rum.

I remember one of the boys in our group went crabbing and I tasted for the first time crab cooked in tomatoes, wine, garlic, onions and fresh bay leaves.  The crabs were simmered in an enormous pot in the back courtyard of someone’s house.  The next day I went out and bought an equally big pot and still have it to this day.  One of the dishes I was introduced to was “Pescado en Escaveche”, ceviche or pickled fish.  It was eaten as an hors d’oeuvre, the sauce cold, tart and salty.  The fish was sweet and tender.  These tastes were most welcome on blistering, hot tropical days.  Through the years I’ve changed the recipe to feature bite sized pieces of chicken which are fried then marinated.  Steeped in a pot-pourri of vinegar, caramelized onions and black peppercorns, it’s one of those perfect pairings that need to be prepared in advance.  Yay.  I’m all for anything that can be made in advance.  Just right to serve or take to a party.  I usually offer this dish with whole grain wheat crackers, Triscuits, but I’ve also presented it with thin, toasted rounds of French bread.  It’s fantastic and no one, NO ONE, ever shows up with it!