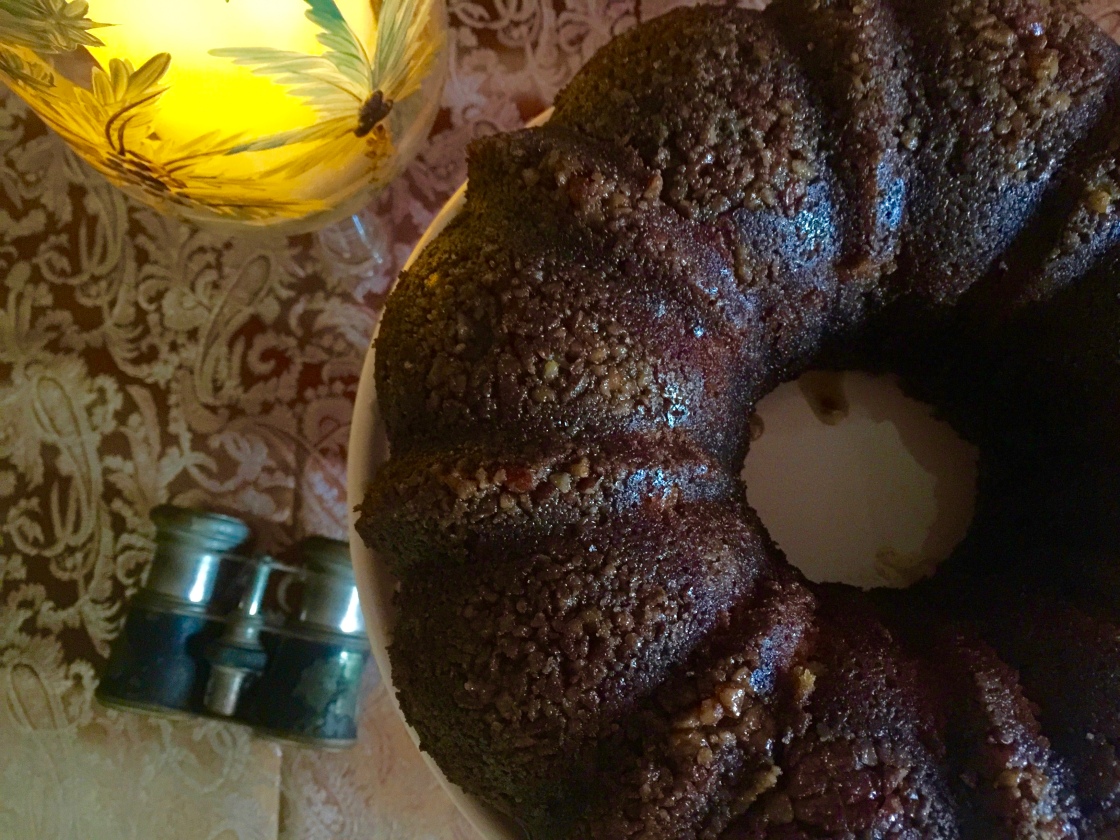 I started working on the recipe for this cake after dreaming of the spice sheet cake of my youth.  And the creamy icing that topped the perfectly cut cake square the nice cafeteria lady handed me.  But I wanted the cake updated…steeped in a syrup of some sort…something denser than my grade school fluff cake…with hints of rum…and orange.  No easy feat for me.  My projects, culinary or otherwise, are typically crazy great or resounding, flat-out failures.  And if the project was too involved there was a good chance I might lose interest and walk away.  That happened often when I decided to rearrange my bedroom during those difficult teen years.  I couldn’t move my furniture around until I had separated the mountains of clothes  into ‘these are to be hung up and put away’ and ‘these are dirty’.  They had to be addressed; there was no manner of walking through my room without shuffling through clothes up to your knees.  That in itself was project and took the better part of a couple of hours.  But let’s pretend I did tackle that portion of redecoration.  Because after that labour books, shoes, plates, record albums, tennis racquets and tennis balls  all had to be dragged out from under my bed and also put away.  I know I drove my mother cray-cray.  By then I was exhausted and the bedroom truly looked as though a bomb went off.  There was a good chance my “new look” would take a day or two.  Dust bunnies the size of grape fruit were not uncommon.  Eventually I would finish because I had to sleep somewhere.  What a mess.  And Mama always, without fail, instructed our housekeeper, Frankie, NOT to help me in any way.  Well, sometimes my recipes are kind of like that.  I add this, I take out that.  I go back to the grocery store for the third time that day.  I forget to take out my butter…or eggs.  I spend a fortune on quality ingredients and the end result turns out to be disappointingly mediocre…at best.  But every now and again I come up with something even I like.  And this is one of those recipes.  It was a spiced rum cake steeped in a brown cane sugar syrup until my son, James, had a taste.  “This isn’t new.” Me, “Yes, it is!  I just made it for the first time.”  James, “Mama!  C’mon. You make this all the time.”  And that’s when I realized why the cake tasted so familiar.  The ingredients are somewhat similar to the celebrated Greek honey and spice cookie, the Melomakarona.  Except my cake doesn’t call for honey.  Rum, baby.  It calls for rum…not much, just enough to make its mark.  Hope you enjoy it!

This cake has the density of a pound cake and, like pound cake, the flavor is markedly better, fuller, a day or two after baking.  The syrup is rich and earthy due to the base of panela, also known as piloncillo, a minimally processed product of cane juice boiled down to a thick syrup which is then hardened into a hard-as-a-rock brick or cone-shaped “pilon”. 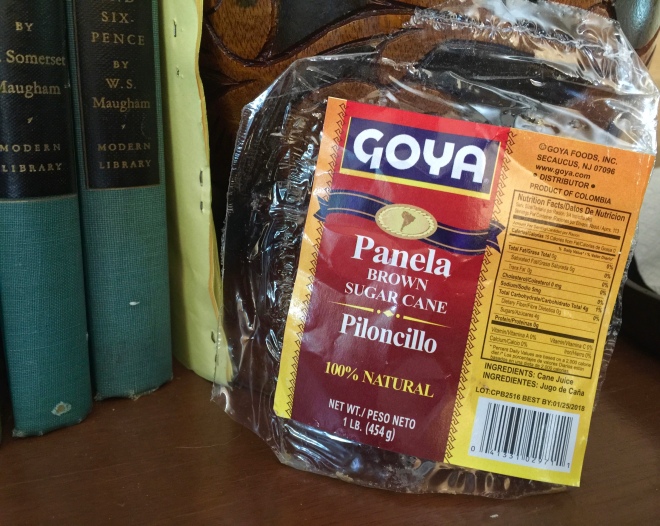 Panela is pure and clean with deep notes of earth and smoke…an almost scorched flavor.  It speaks of rum and caramel and butter.  Rock hard, it can be grated into baked goods, BBQ sauce, rum and tequila drinks or, as in this recipe, melted stove top.  It can be found in the Hispanic section of your grocery store or in any Latin American market.  Easy to find, it puts the standard, one-dimensional brown sugar to shame.  This stuff is cheap, stores well and is downright magical.  You’ll love it! 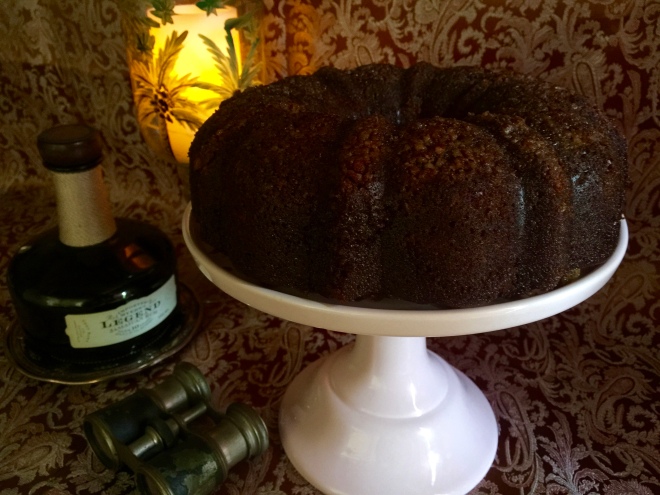