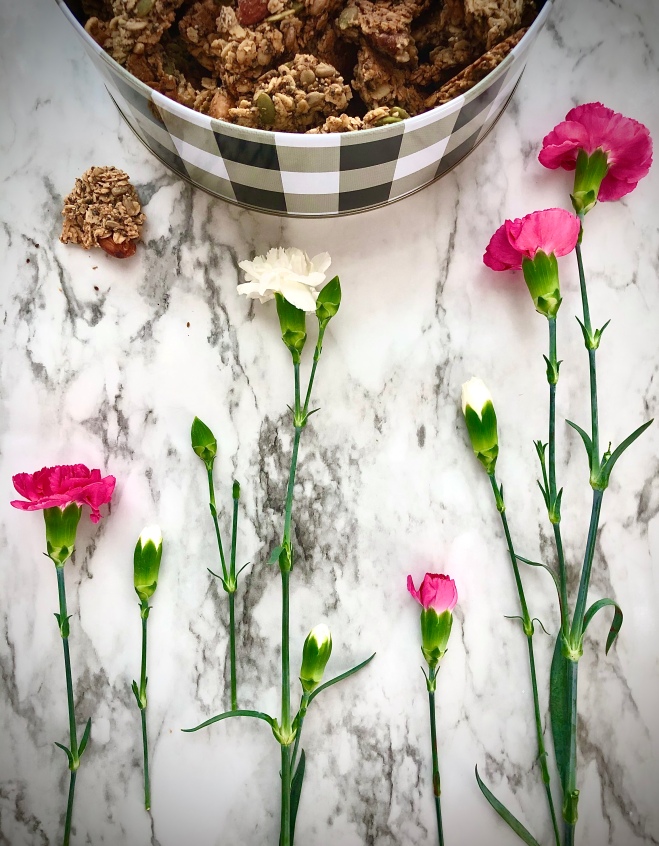 It’s been kind of a tough week and it’s only Tuesday.  I lost two dear friends, both on Monday.  One is is someone I’ve known almost my entire life.  I met Merrill when I became friends with her brother, Rob, back in junior high.  Merrill was one year ahead of us in school; our mothers were both members of Beaux Arts, the women’s nonprofit organization supporting the Fort Lauderdale Museum of the Arts.  Founded in 1959, Merrill and Rob’s mother was a founding member.  My mother was invited to join shortly thereafter.  For all museum events, our mothers signed us up to man the punch bowl, pass hors d’oeuvres and finger sandwiches and, at times, mix cocktails.  We were children.  Courtesy, respect, and excellent manners were instilled in us.  Maybe that’s why we entertain so well… all that early childhood training.  In high school we shared some of the same friends and activities.  Merrill and I were members of a girl’s service organization, Anchor, and worked on some of the same committees and projects together.  Merrill positively shone organizing and strategizing, whether it be painting banners and posters for football games and club dances or choreographing skits for year end club competition extravaganza, Follies.  But, as with so many of us, my friend broke out of her box and truly began to soar when she hit University of North Carolina, Chapel Hill.  She thrived and honed her writing skills in the school of journalism. Merrill felt right at home in the Kappa house and many of those girls remain close friends to this day.  That girl was loved, respected and admired everywhere she went.  Through hard work and perseverance she became a national public relations guru.  After living and working in the States and abroad, Merrill settled in New York City, working not only in PR but also consulting and advising within the corporate world helping to make lives better.  Her parties were legendary eventually landing on the pages of the New York Times in a three or four page spread… each page replete with juicy tidbits of information and lush photographs all of Merrill, her parties, her apartment, her world.  In spite of the many accolades and tributes, I think what is remember mostly of my friend is her immeasurable kindness.  I have never known her to be consciously unkind to anyone… ever.  The past few days, comment after comment on facebook touched on her goodwill, consideration and compassion from high school and college classmates to heavy-hitters in the PR industry.  Merrill stayed on the high road, never succumbing to the temptation of pettiness or retaliation so very commonplace in today’s world.  Many, countless even, have learned from her gentle example. The world is a better place having shared her briefly and I believe, in my heart of hearts, we can all do our part to fill her role, her spot in this big plan called life.  How hard is it to give a kind word, a warm smile, a pat on the back, a leg up?  Try to be courteous on the road, put the buggy back at the grocery store, cut those you encounter during the day some slack… just.be.nice.  It’s a new day and we can always make it better.

Breakfast.  I firmly believe this meal can make or break one’s day.  A little something, light and healthful, can make all the difference in how your morning unfolds whether at home or work.  This granola is ideal in that it’s a super tasty blank canvas.  Raisins, dried cranberries or cherries, coconut flakes or strips, apple chunks, more nuts or seeds or a dollop of almond or peanut butter are some of the additions that’ll make this a favorite breakfast.  With yoghurt and a handful of fresh berries, you can face anything or anyone in the big, bad world.  I like my granola chunky so an egg white is included in this recipe.  For vegan granola simply omit it.  The nuts and seeds called for are all interchangeable.  I’m not a fan of brazil nuts or walnuts, (too bitter), so I tend to lean towards pecans, almonds and cashews.  I love mixing up a load of seeds, too.  Raw sunflower seeds, pepitas, flax, hemp and chia seeds are some of my favorites.  If you’re low on one kind of seed or nut just fill up your measuring cup with what you have on hand.  And dried coconut works great in this recipe also.  If chunky granola is your jam make certain your batch cools completely before breaking it up and storing. 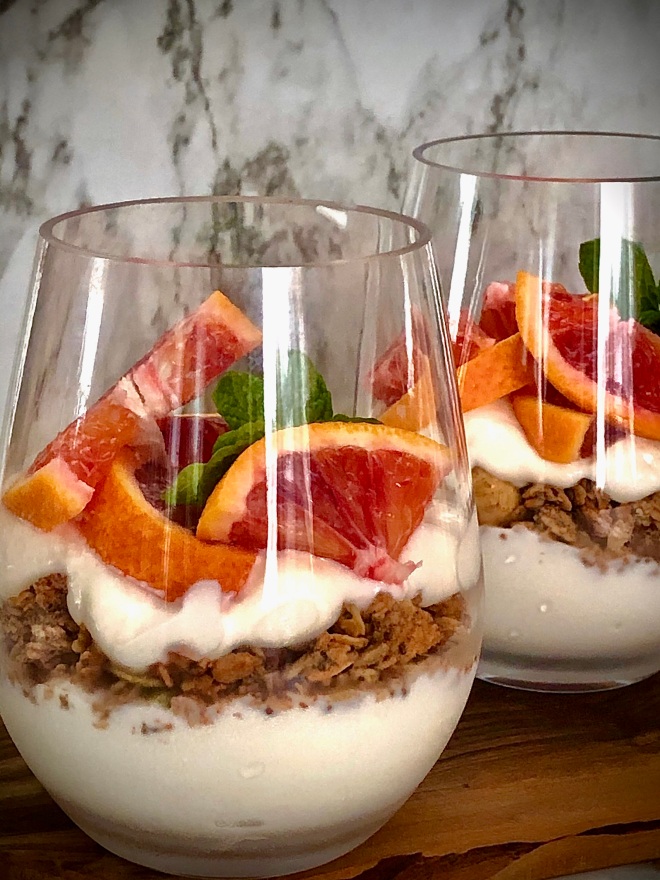