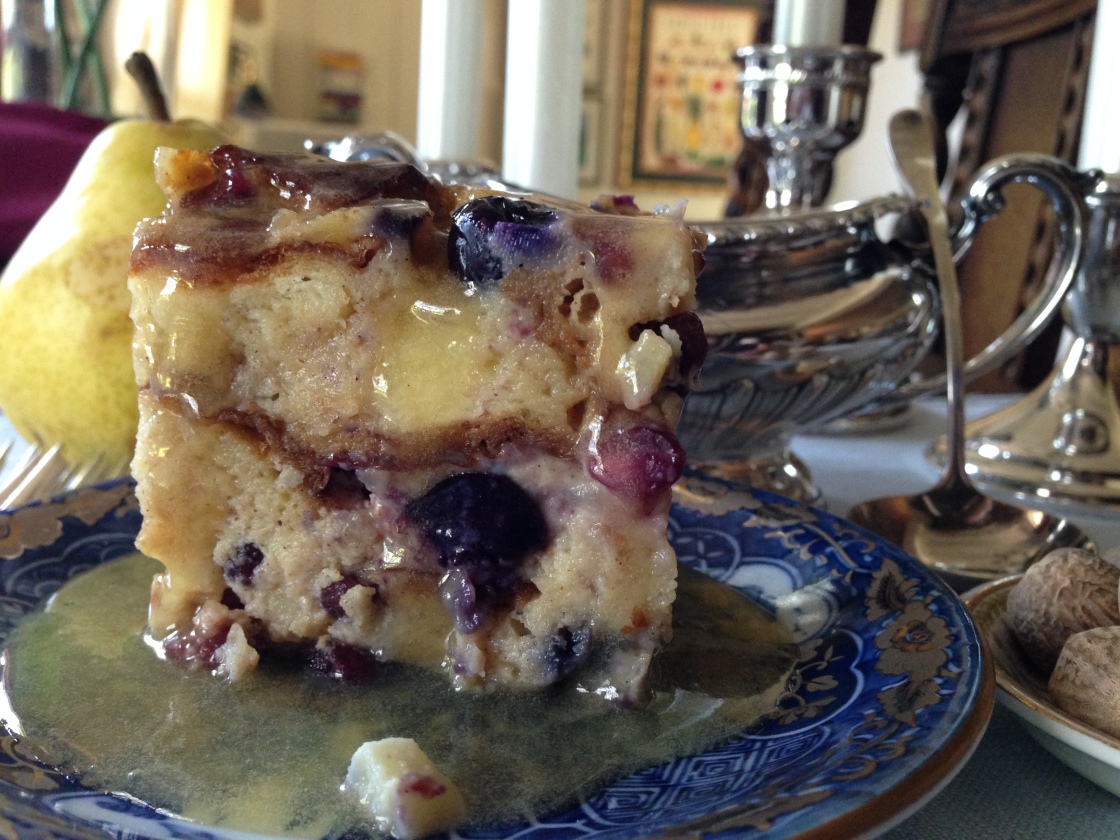 I am a bread and butter girl through and through.  I’ve mentioned many a time how hungry my brother and sisters were growing up.  There was nothing to eat..well, nothing that we wanted except things like sour, little apples and equally sour oranges.  Taking control of my situation I made countless sandwiches for myself consisting of “brown bread”, meaning whole grain….no white in our house, cold margarine which tore the bread and thick, crisp wedges of iceberg lettuce.  Romaine was unheard of in those dark days.  I scarfed down those sandwiches like there was no tomorrow.  Recently I asked Cynthia what she did.  She couldn’t remember.  Hunger will do that to you.  Tommy crawled out of bed in the middle of the night and stuffed whole pieces of bread in his mouth to stave off hunger pangs and Pamela…well, Pamela simply accepted the state of household affairs and went to any number of friends houses and ate absolutely everything that was EVER offered to her.  In junior high and high school I spent many a night at my friends’ Dana and Ann’s house and it never ceased to amaze me how much food they had and the variety.  The variety!  Ann’s parents were South Carolinians and, as Mama did, set a rather formal table every night.  White linen and lit candles were everyday details.  They always had exotic condiments like real butter and never an evening went by without homemade gravy in a gravy boat.  Vegetables were cooked down until soft and unthreatening, laden with ham and fat and swimming in a salty pool of broth or pot likker.  Good luck at my house.  Mama was never that interested in food so, I don’t know, maybe she forgot that we might hungry.  Maybe she forgot that children need food to grow.  Don’t get me wrong.  They didn’t starve us.  But since Mama didn’t know how to cook and didn’t particularly care to learn, we ended up with just about the same dinner every night.  Ground sirloin patties the size of a 50¢ piece, cooked all the way through, an iceberg lettuce leaf with a few slices of grocery store tomatoes and a scant serving of white, boiled rice.  No salt or pepper to found any where.   And that was when she didn’t burn anything.  That’s just the way dinner was.  We didn’t rock the boat and protest.  That was the way it was in our house.  And, as dismal as dinner was, all were expected to contribute to a lively conversation at the table.  Manners were paramount.  When we were called to the table faces had been washed, hair had been brushed and you’d better have shoes on.  Candlesticks were always polished, linen placemats in front of each seat.  And pretty much always fresh flowers.  Just no food.  Or very little anyway.  So we girls spent weekend nights at friend’s houses and tried to watch our manners while filling the bottomless holes in our tummies.   Back at the house I inhaled peanut butter sandwiches, we didn’t have jelly, and a plethora of margarine and lettuce sandwiches.  But at Dana’s house I could count on a warm, gooey grilled cheese sandwich, something my mother had never even heard of.  In her defense, Mama came from a culture that did not include sandwiches.  In her day lunch was a formal, proper meal at the dining room table prepared by invisible hands in the kitchen.  What did she know of chicken salad or cream cheese and olive sandwiches?  Nothing. Nada.  Today I’m still a bread and butter girl.  Or bread and pate.  Bread and a bloody rare hamburger.  And bread pudding.  Bread pudding that melts in your mouth.  Cold or warm.  With or without hard sauce.  With or without whipped cream.  For breakfast with cafe con leche.  For lunch with a slice of extra sharp cheddar.  Off a plate or out of the baking dish.  Just give it to me.  I’m starving.  And this is a supreme bread pudding…a glorious bread pudding.  The hard sauce is over the top.  One could easily sneak spoonfuls of the stuff on the sly and claim there was never any made when the sauce pan comes up empty.  Hell.  Throw your head back and shoot it.  Just drink it all.  It’s that good.

I find bread pudding simply grand.  You can’t go wrong with it.  You can’t.  This recipe serves 10-12 people and, really, the big buy part would be the eggs and cream.  It’s quite the luxurious bang you get out of your buck, though.  The ultimate bread pudding is made with bread that has a good crust with a soft, light interior.  One day old French bread or brioche is perfect.  For this particular pudding I used a sweet brioche-like bread, King’s Hawaiian Round Loaf, which worked perfectly.  You don’t want to use any bread that’s too heavy or dense nor would you want seeds but other than that you can mix and match your loaves.  A stale, half loaf of soft whole wheat with five or six day old dinner rolls would be fine.  You know what to do.  I used blueberries, pears and pomegranate seeds for this pudding but feel free to use the fruits of your choice.  The pomegranate seeds added a welcome tartness but not everyone will appreciate their crisp, chewiness.  Throw in raspberries if you like.  Or white chocolate shards.  Candied pecans would be positively sublime as would naked, toasted, chopped pecans.  The combinations are limitless.  But the basic tenets of bread, eggs, cream, cinnamon and nutmeg are a heady mix when combined and slid into a hot oven.  The perfume of a baking bread pudding will make you feel as though you’ve done your family a good turn.  I got hugs and kisses from my boy James and I’m pretty sure they’ll be lining up in your house to give you thanks, too! 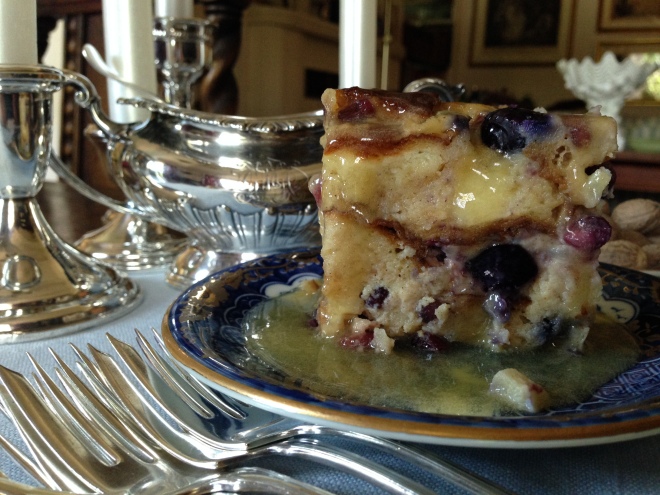 yield: not quite 2 cups