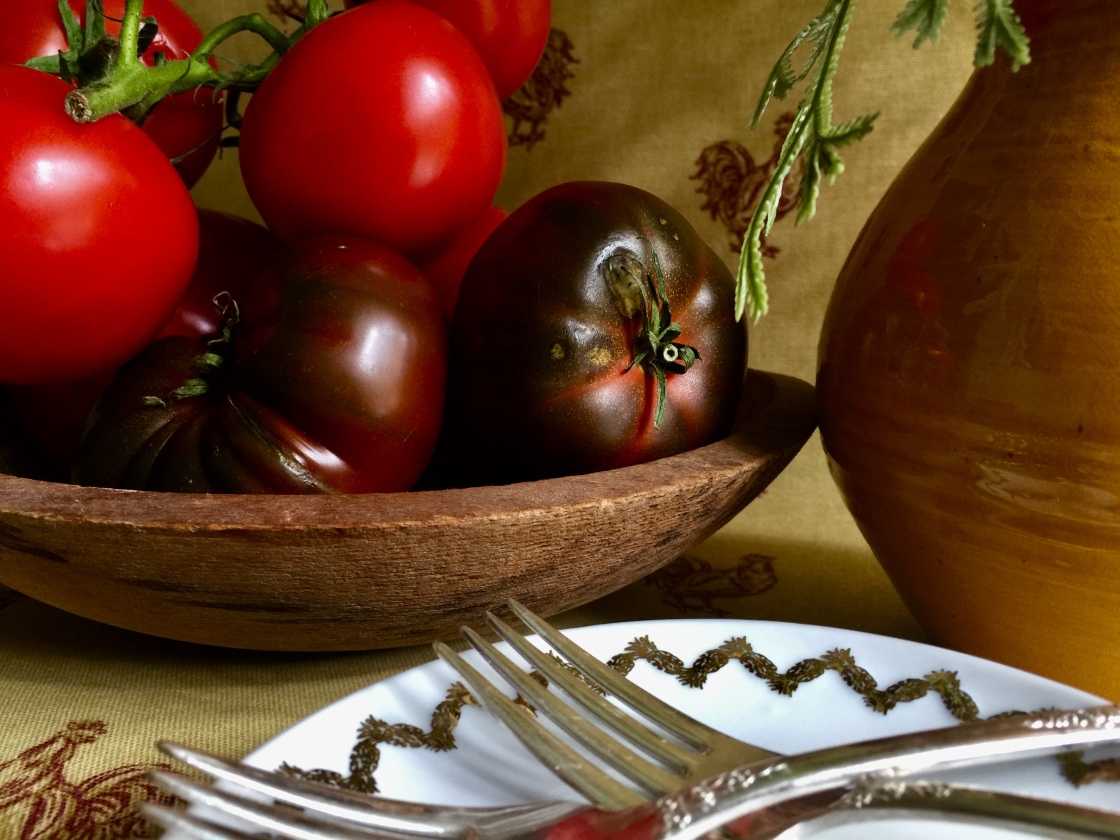 The end of tomato season is almost tragic.  Not only is this favorite food lying low for four or five months but it’s an obvious sign that summer is over.  Pools are way too cold to dip a toe in.   Cotton nightgowns have been put away and it’s dark out at 6:00 p.m.  I told a friend it makes me feel like Persephone on her way to the underworld.  I hate you, Hades, and your stupid pomegranate, too!  On the upside we have college ball which I’m crazy about.  Plus this is the time of year when Trader Joe’s carries brussel sprouts on the stalk, figs are in season and one can work out outside and not faint from heat stroke.  Tomatoes, though, are not the sweet, juicy apples of love they were just last month.  It’s okay if the last of the tomatoes just don’t have enough flavor because this is the recipe which will make them sing.  Baked with a generous amount of fresh basil and grated cheeses, this pie is heaven served next to a homemade mixed green salad.  Tomato Pie has been around forever in the South and not only makes wise use of the last-of-the-season fruit but is a perennial favorite at baptisms, first communions, funerals, brunches and pot lucks.  I always make two; one for my house and one to give away or take to one of the aforementioned functions.  The pie needs to be enjoyed relatively soon after baking as the bottom will get soggy if it sits around too long, as with any pie.  It can be re-heated but only in the oven.  Heated in a microwave turns this little jewel into a squishy, wet mess.  It’s super easy to prepare and the crust is merely Bisquick and milk mixed together and patted into your pan.  There’s no ice-cold, cubed butter or rolling out involved.  And everybody loves it.  So when you’re craving some ‘maters but Mother Earth has other ideas, try this recipe out.  It won’t let you down and Fall’s injustices will turn into Autumn’s glories! 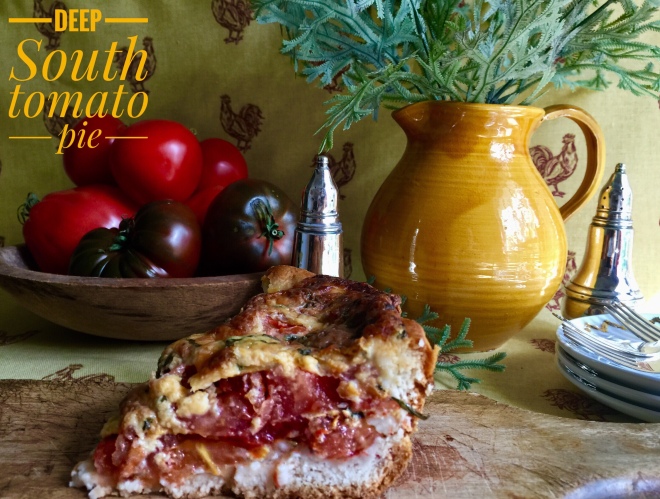